The annual Moody’s Mega Math (M3) Challenge took place last weekend, and perhaps more than ever, culminated in an event that encouraged students to apply math to real-world situations. Since 2006, the M3 Challenge has been a prominent national contest that fosters student leadership, scholarship, problem solving, and teamwork. Created by the Moody’s Foundation as a way to inspire high school students to pursue careers in math and science, the M3 Challenge has provided hundreds of thousands of dollars in scholarship prizes to contest winners annually.

This year’s M3 Challenge charged high school students with the task of determining whether school lunches can be nutritious, delicious, and affordable, and asked them to use math to find an answer. According to the M3 Challenge Media Center,  “This year’s competition topic stems from concerns surrounding childhood nutrition and obesity, which have been in the spotlight since First Lady Michelle Obama announced her health and wellness platform for children,” of the relevant topic. This past February, the White House and USDA announced school wellness standards in accordance with the Healthy, Hunger-Free Kids Act of 2010, making the M3 Challenge topic more appropriate than ever. 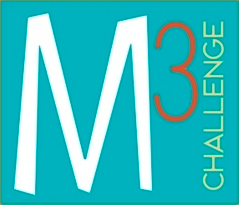 It’s commendable that the Moody’s Foundation not only challenged high school students to apply math to a relevant, real-life situation, but that the M3 Challenge also raised awareness about health and nutrition in schools in the process. Says Moody’s CEO Raymond McDaniel, “I don’t think enough is being done,” of the importance of fostering a love of math and science in young people, and why the Moody’s Foundation continues to up the ante with the M3 Challenge.

Explains McDaniel, a strong proponent of corporate philanthropy, “The acknowledgement that we have challenges in the sciences and in math with our young people and with our educational system is really just the first step in the process. We have a lot to do to make sure that we are as competitively positioned in the global economy in the future as we have been in the past.”

Learn more about the annual M3 Challenge and this year’s topic by visiting the Moody’s Foundation M3 Challenge page.

The world loved Steve Jobs. The innovative, intelligent college-dropout who founded Apple and Pixar was charismatic and easy to like. He inspired people with his products and vision, and devastated many with his death.

But not everyone had all nice things to say about the Apple CEO. He eventually reached a net worth of $10.2 billion before his death in October 2011, and many criticized the business magnate for not being generous with his fortune. He was worth so much money, yet he hadn’t mentioned any charitable giving to his biographer nor had he gone public about large donation like Bill Gates did. People felt that someone who had such a large fortune ought to be giving more of it away.

But what they didn’t know is that he was giving some of it away. He and his wife, Laurene Powell Jobs, had quietly been giving to charitable causes for over two decades—they just didn’t feel a need to go public about it.

“We’re really careful about amplifying the great work of others in every way that we can, and we don’t like attaching our names to things,” Powell Jobs said in an interview with the New York Times. In other words, they are a private family that doesn’t feel the need to blast their famous name at every good deed.

It’s only recently that Laurene Powell Jobs has decided to step a little more into the limelight. She’s pushing for changes in education, conservation, nutrition, immigration, and even gun control. About a decade ago, Powell Jobs formed a group called Emerson Collective, which is an organization that awards grants and investments in education and other initiatives.

Emerson Collective is an LLC, rather than a certified non-profit, which means it can donate to for-profit, non-profit, and even political causes alike. And unlike a foundation, it doesn’t have to publicly report what it gives. That allows for an incredible amount of freedom and privacy, which is right up the Jobs family’s alley.

Powell-Jobs also helped form an initiative called College Track in 1997, which provides college prep for aspiring college students. Through College Track, she has served as a mentor to young people, helping them achieve their goals.

“It’s not about getting any public recognition for her giving, it’s to help touch and transform individual live,” said one of Powell Jobs’ close friends, philanthropist Laura Arrillaga-Andreessen.

At forty years old, John Arnold is one of the highest profiting hedgefund managers of all time.  John and Laura Arnold are worth an estimated $4 billion dollars and plan on giving all of their wealth away to charity.  After managing his fund out of Houston for several years before closing in 2012, one could look at his story and wonder if it was all some sort of diabolically genius plan to take from the rich and give to the poor.

John Arnold’s approach to philanthropy is different than many charitable billionaires.  A month ago, he agreed to fund a $26 million study on obesity, after speaking with dozens of top experts to identify exactly what kind of study would provide specific, quantifiable results.  He believes the right way to make major changes is through funding the best possible science and data projects, then shifting to putting pressure on policy makers to use the science to implement positive social change.  In a world that is shifting to specific details in marketing and nonprofit interaction, The Laura and John Arnold Foundation chooses to focus on the big picture: research on criminal justice, education, and nutrition.