Geffen is in good company, as a group of highly successful and philanthropic individuals oversee the Lincoln Center as well; among the board of directors are William E. Ford, the CEO of General Atlantic, Robert A. Iger, CEO of The Walt Disney Company, and Shelly Lazarus CEO of Ogilvy & Mather, among many others.Lincoln Center chairwoman Katherine Farley announced on March 4 that the Avery Fisher Hall will be renamed the David Geffen Hall in September. Renovations to the hall will begin in 2019.

Lincoln Center chairwoman Katherine Farley announced on March 4th that the Avery Fisher Hall will be renamed the David Geffen Hall in September. Renovations to the hall will begin in 2019. 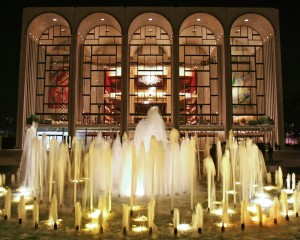 “As a native New Yorker, I recognize that Lincoln Center is a beacon to artists and musicians around the world,” Geffen said in a statement. “To be involved with such a beloved and iconic institution is deeply satisfying.”

The hall was originally named after Avery Fisher, a violinist and founder of the Fisher Radio Company, after he financed a renovation to the hall in 1973. Fisher died in 1994, though an agreement guarantees that the renovated building will still feature prominent tributes to Fisher and his family, chiefly his three children, will remain involved in the concert hall.

About the Lincoln Center

The Lincoln Center for the Performing Arts is a 16.3-acre complex in the Lincoln Square neighborhood of Manhattan. The center has 30 indoor and outdoor performance venues. The Lincoln Center is home to the New York Philharmonic Orchestra, the Juilliard School, and many others.