Last weekend, parents Brett and Naghmeh King were arrested in Spain for removing their five-year-old son from a hospital without the consent of doctors. The Kings’ son Ashya is a brain cancer patient. After the arrest, the Kings were detained while Ashya was kept in isolation at a hospital and an extradition request was processed.

Ashya’s parents took him from a hospital in Britain, after claiming that Southampton General Hospital threatened to take away their right to decide what their son’s care should be. “My son’s worth everything, worth me going to prison, because they were going to kill him in England or turn him into a vegetable,” Brett King told Sky News.

Ashya is now being treated at the Malaga hospital, where he has been reunited with his parents. Although the boy has now been made a ward of court, it’s likely that the family will be allowed to have Ashya’s brain tumor treated at a Prague clinic with a technique that is not available in Britain. 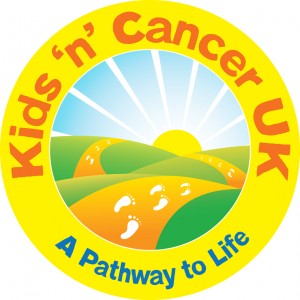 “If there is a dispute between the parents and the medical authorities… the court will make the decision, probably at the hearing on Monday,” the Judicial Office said. “If the parties are in agreement, the court will endorse that agreement, and the judge indicated in court that he will be available at all times to give his approval if an agreement is reached before Monday so that treatment can be started without further delay.”

The Kings were en route to Spain to try and sell their vacation home in order to afford medical treatments when they were arrested. But now, it looks like that won’t need to happen after all; Kids ‘n’ Cancer, a British charity has announced that it plans to give the family the funds needed for Ashya’s treatment plan.

According to its website, Kids ‘n’ Cancer is “a charity designed to help children in the UK receive life saving treatment for their cancers and tumors,” explaining that the organization is “determined to assist families caught up in this sad situation of not meeting the criteria” of financial support. Despite the negative press the Kings have received, they appear to be loving parents, and their son’s future will be brighter with the help of organizations such as Kids ‘n’ Cancer.